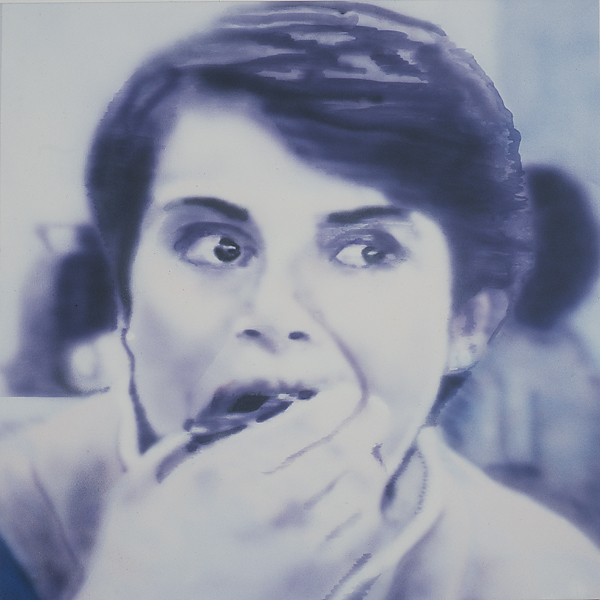 Film actors caught in the elusive act of eating. While looking through movies in search of actors eating, I realized it was hard to find except in comedy or to make a character less attractive. When it actually happened I photographed the scenes and made them into paintings by air-brushing them onto large canvases. To me, the canvases resembling the movie screen and the spurt of pigment, the light beaming at the silver screen. A hole in the canvas seems to appear in the images when the actors putting food in their mouths. The theme of this work was inspired by the growing awareness (at the end of the 1980s) of bodily disorders infused by the images and public ideal, especially affecting young females to starve themselves into anorexics. By making the paintings, I wanted to show how unusual the scene of eating was. It looked odd.